The latest photo of Davido and his girlfriend, Chioma Avril is getting everyone in the mood for some lovey-dovey moments and PDAs (If you know, you know).

The music star took to his Instagram page on Thursday, April 11, 2019, where he shared a photo of Chioma and himself all loved up! He went on to caption the photo with a quote which actually says it all about their relationship “THE ROYALS!!!.”

Everything about the photo shows how the chemistry between these two is undiluted. Don’t you all love their matching sneakers? Davido never fails to show off his love for Chioma at any given time which has made them one of the most loved celebrity couple around.


Davido and his boo, Chioma [Instagram/ChefChioma] 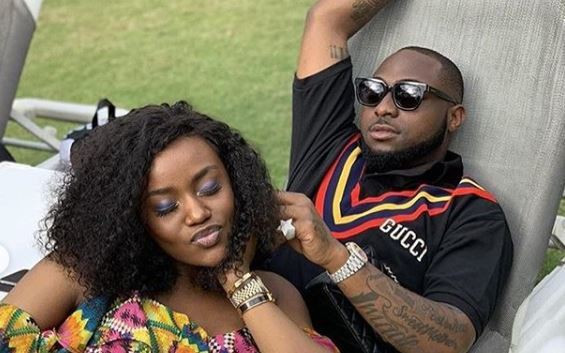 The music star took to his Instagram page on Thursday, February 14, 2019, where he posted a video of himself surprising an obviously thrilled Chioma with some goodies which included music at the background. He went on to caption the video with a hilarious quote.

“I get time sha 😂😂😂 Happy Valentines @thechefchi IT IS THE CHI THERE!! ❤️ u said bring dollars they brought Bounty 🙄 still her fave tho 😂” he wrote.

Another noticeable aspect of this relationship is that Davido spoils Chioma with gifts at any given time and when we say gifts, we mean really expensive ones.