The actress made this known via her Instagram stories on Wednesday, April 10, 2019. According to her, she is surprised at the rate at which some people have been spreading rumours around of her death. She went to explain that the photos and videos which have been used to spread the rumours are from a movie.

“Great people kindly disregard everyone saying Eniola Badmus is dead or in a terrible situation. I am hale and hearty. The pictures and videos are from my new movie, ‘Madam Cash.’ Watch out for it……Bless,” she wrote.

She went on to appeal to bloggers, radio presenters, and media personalities to stop posting negative things about her. 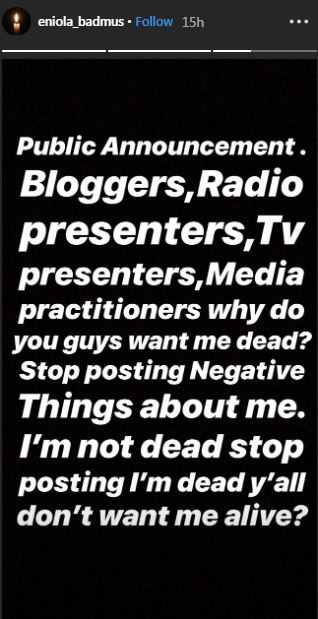 The truth is lately Eniola Badmus has been giving fans, followers and even critics mixed signals about her mental health. Recall a few weeks ago, she shared a disturbing post where she talked about considering suicide. 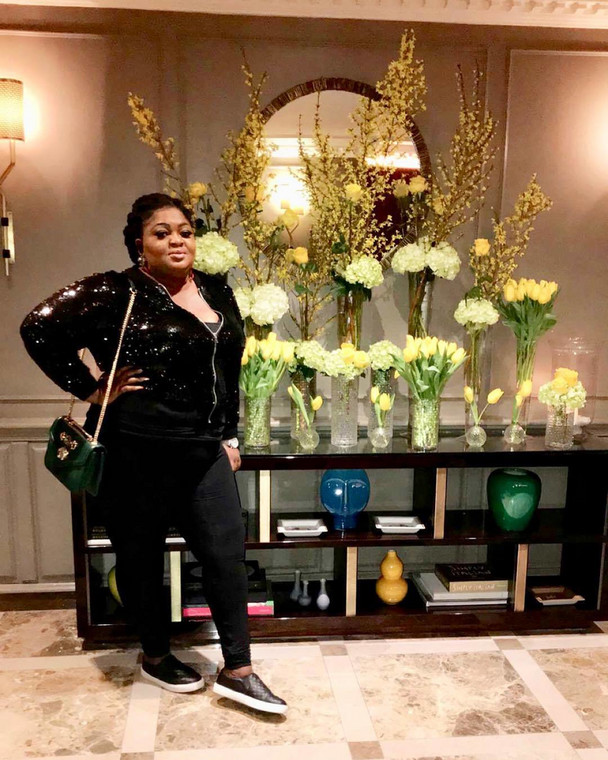 The truth is lately Eniola Badmus has giving fans, followers and even critics mixed signals about her mental health [Instagram/EniolaBadmus] 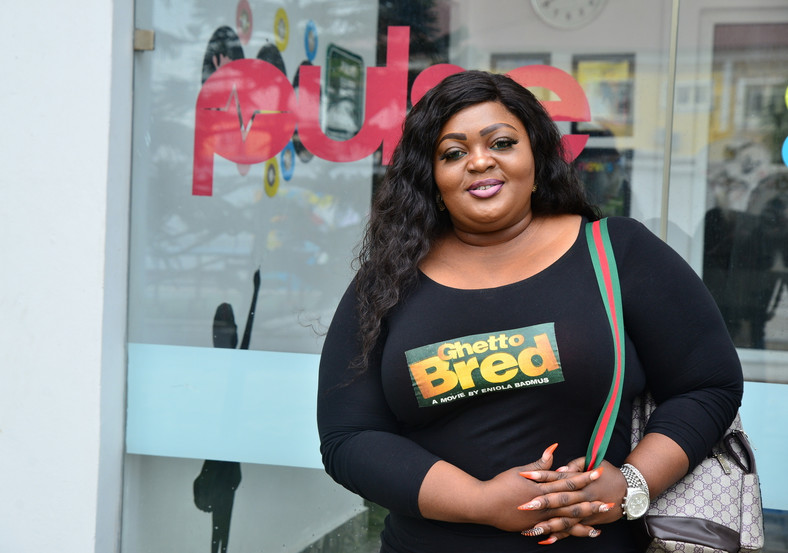 Eniola Badmus got many of her fans and Instagram followers scared on Saturday, March 23, 2019, when she wrote, “I’m thinking suicide” on her Instastory. The terse post has got many fans, friends and colleagues wondering if all is well with the ‘Ghetto bred’ actress.

This post came just a few months after she had revealed that she died and saw her mother in heaven. It made her cry like a child according to a comment displayed on her Instastory on the 27th day of the month.

See adorable photo of Timaya and his three children