The event which was streamed live was attended by a number of friends, family, and celebrities in the United States of America. The celebration of life took place on Thursday, April 11, 2019, saw a number of celebrities and public figures turn up to eulogize the late rapper.

Former president of the United States of America, Barack Obama sent a condolence message which praised Hussle’s music and activism in the Los Angeles neighborhood of Crenshaw. Louis Farrakhan, the leader of the Nation of Islam also delivered a powerful message.


The memorial service for the late Eritrean-American rapper Nipsey Hussle has been held at the Staple Center in Los Angeles.

Another huge moment of the day was when Nipsey Hussle’s longtime girlfriend, Lauren London took to the podium with his daughter Emani Asghedom, her son Cameron Carter, Hussle’s nephew Khalil Kimble and Hussle and London’s son Kross Asgehdom to deliver a very emotional tribute. 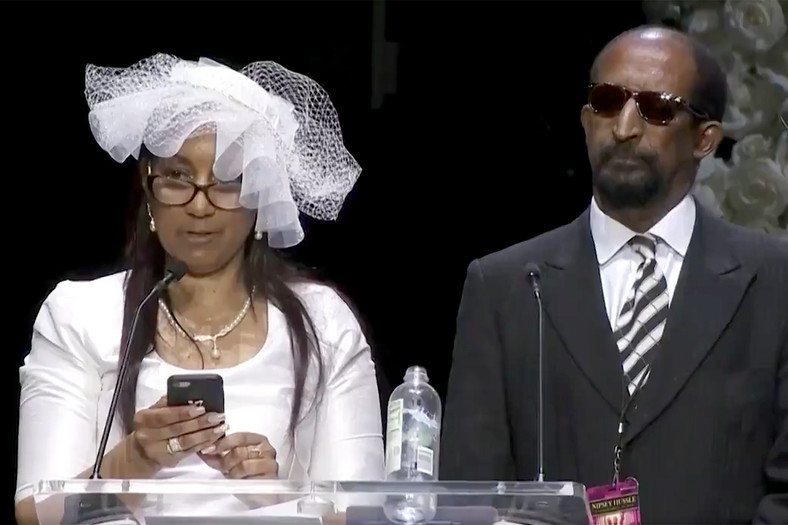 For Nipsey Hussle’s mum, Angelique Smith who gave a very lengthy message, she talked about her son, their years together and her hope for the South Los Angeles community [PEOPLE

For Nipsey Hussle’s mum, Angelique Smith who gave a very lengthy message, she talked about her son, their years together and her hope for the South Los Angeles community he left behind.

“I have perfect peace. I am happy. I am complete. I am strong. And if I can feel this way, you can, too,” she told the thousands of mourners. After calling Hussle’s father Dawit Asghedom to the stage, she talked of finding comfort and guidance in her spirituality. 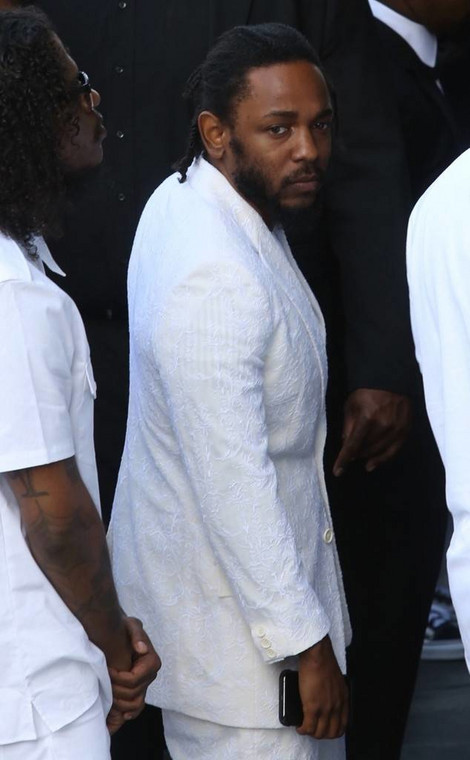 Other celebrities who paid tribute to Nipsey Hussle were Snoop Dogg, YG and Big Boy. The roll call of celebrities present at the memorial included Kendric Lemar, Cassie, Master P, Lena Waithe, and Machine Gun Kelly. There were performances from Jhene Aiko who sang “Eternal Sunshine,” and Anthony Hamilton who performed “Do You Feel Me” from the 2007 American Gangster soundtrack while Steve Wonder blew everyone with the hit song “Rocket Love.” 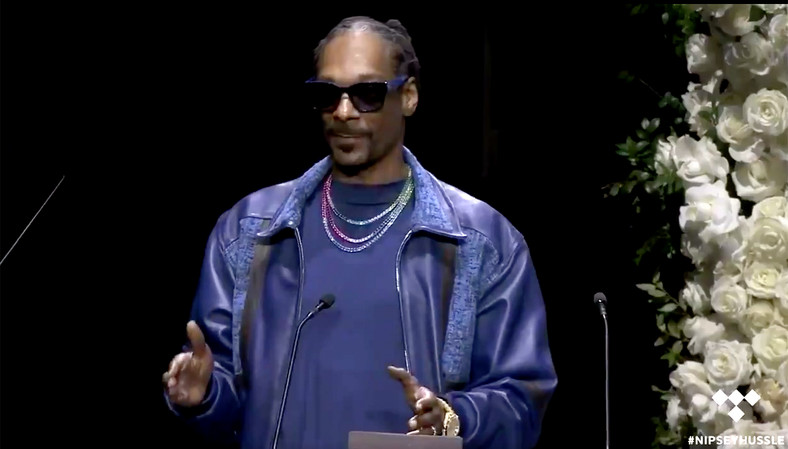 After the Memorial service, Nipsey Hussle was laid to rest at the Forest Lawn Memorial Cemetery. Nipsey Hussle was killed on Sunday, March 31, 2019, at the front of his shop in Los Angeles by the now identified killer, Eric Holder. 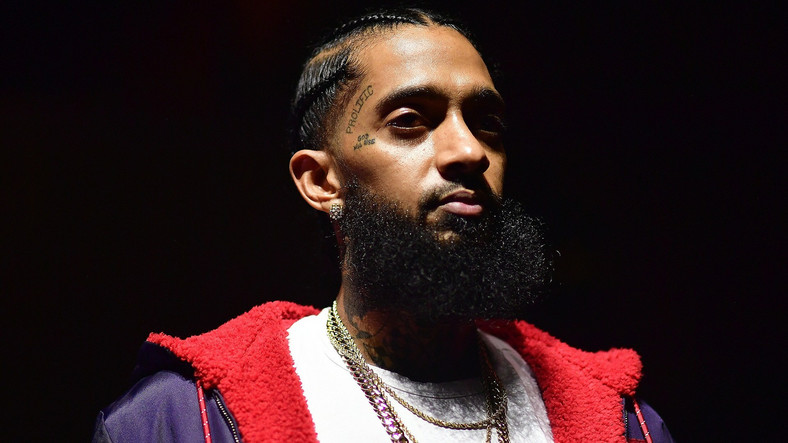 Nipsey Hussle was killed on Sunday, March 31, 2019, at the front of his shop in Los Angeles by the now identified killer, Eric Holder[Pitchfork]

Grammy-nominated rapper Nipsey Hussle was fatally shot in the US city of Los Angeles on Sunday, NBC News reported, citing law enforcement sources. He was alone as at the time of the incident as there were two other unidentified young men standing with him outside his shop.

Nipsey Hussle’s journey was quite an interesting one as he struggled to find fame but began selling his own mixtapes, which hip-hop royalty Jay-Z once bought 100 of for $100 each.

He was nominated for Best Rap Album for “Victory Lap,” his first formal album that finally dropped last February after six years of teasing, but lost out to rap’s woman of the moment Cardi B.